THE FIVE PILLARS OF ISLAM

There are five things which are essential in the life of one who follows Islam. These mainstays of Islam in one’s life are known as the Five Pillars. They are listed below followed by a brief description of each. 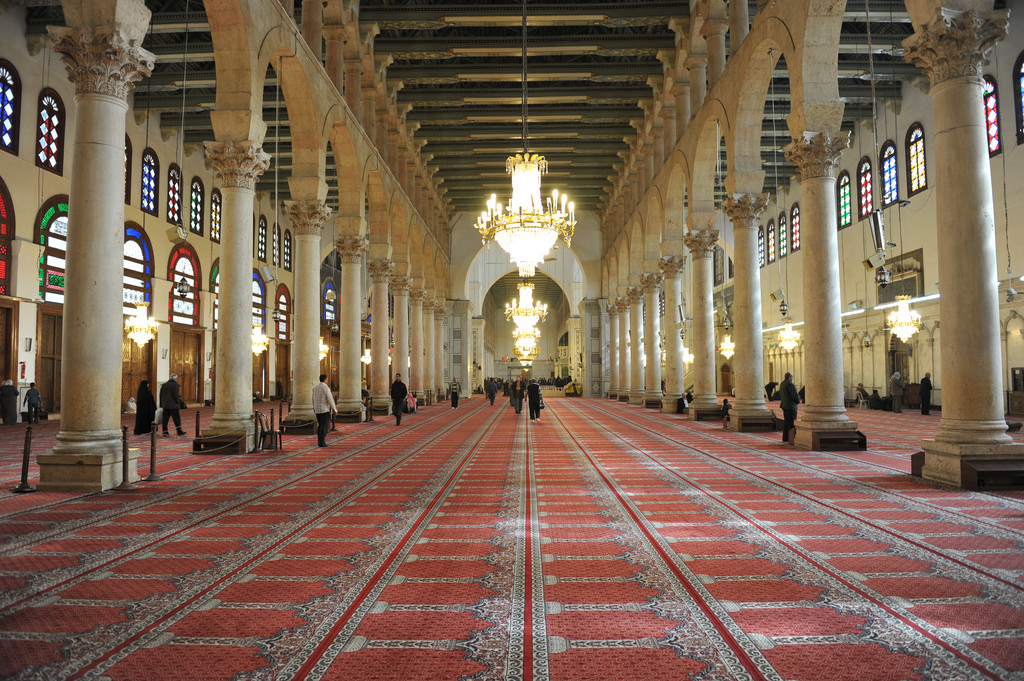 A Muslim must believe in the one, true and only God—the Creator, Lord and Sustainer of all, and that He is the only one worthy of worship. He (though God has no gender) is completely unique in His essence and perfect attributes. This is the same God of Abraham, Moses and Jesus (and all true prophets sent to nations throughout the world). His name is Allah in Arabic, Alaha in the Aramaic of Jesus and Elohim in Hebrew.

In addition, a Muslim must accept that Muhammad is God’s Messenger, whose teachings and example are a guide to a proper life.

To enter the faith of Islam one simply states these two points in a formal declaration called the shahaadah:

“There is no one worthy of worship but Allah (God) and Muhammad is the Messenger of Allah.”

These are the five daily prayers performed at dawn, mid-day, late-afternoon, sunset and nightfall. It is preferable to do them at a mosque but they can be done almost anywhere, in a group or individually. While there are other prayers in Islam, these are core to a Muslim life. If done properly they become a tremendous source of inner peace, relief from stress, and sublime communion with one’s Creator throughout the day.

Muslims fast from sunrise to sunset during the month of Ramadan (lunar Islamic calendar). The purpose is to increase one’s consciousness of God and encourage the pursuit of righteousness. While fasting, one must abstain from food, drink, sexual activity and be especially careful to refrain from sins.

These restraints encourage discipline and help reduce the distractions of life to allow focus on the core issue of existence: one’s relationship with the Creator. Fasting also instills a sense gratitude for all we’ve been given of sustenance and luxury while inculcating greater empathy for the poor.

At the end of Ramadan is a festival (eid) called Eid al-Fitr. 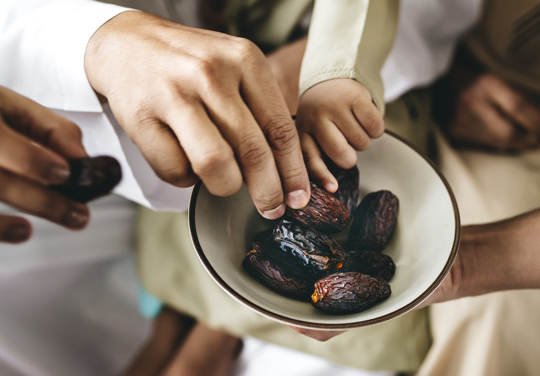 The word zakah is one of those incredibly rich Qur’anic words whose meaning probably has no equivalent in any human language. But a very basic, literal translation is “purification.” As a pillar of Islam it technically refers to an amount which a person with a certain degree of wealth and assets must pay yearly. Two and a half percent of the value of property must be given annually by the relatively well-off to charity.

By doing so, their possessions and spiritual being are purified. For all wealth actually belongs to God and if it is not allocated with conscientious compassion for others, then it and its owner are not morally pure.

Zakah reinforces the sense of communal brotherhood Islam creates in society, putting a check on socio-economic tensions. It eliminates extreme poverty and can function as a form of social security for the poor. By countering the tendency among the rich to hoard wealth, zakah also stimulates an economy.

On an individual level, giving zakah reminds one that wealth is a trust from God. A person should feel a sense of gratitude, humility and responsibility in its use. Zakah can open the heart of the miser over time and humble the arrogant. Moreover, the needy recipient is also reminded of God’s favors, yet does not feel a sense of shame in taking it, for zakah is his or her rightful share in God’s bounty.

The pilgrimage to Mecca is known as Hajj. It is a journey to the “House” (of God) or Ka’bah, a cube-shaped structure within The Sacred Mosque in Mecca, originally built by Abraham.

“And when We [God]) assigned for Abraham the place of the House [i.e. Ka’bah], saying ‘Do not associate anything with Me, and purify My House for those who go around it and for those who stand and bow and prostrate themselves in worship. And proclaim the Pilgrimage among humankind: They will come to you on foot and on every camel made lean By traveling deep, distant ravines.’” (Qur’an 22:26-27)

God, of course, is not inside the Ka’bah, rather it’s an earthly focal point in the worship of Him. Thus it is a means by which believers all over the world can unite in their ritual prayers, facing a common direction of ultimate divine sanctity. And as Mecca is the city in which the prophet Muhammad was born and first preached his Message, the Hajj is a momentously spiritual undertaking in the life of a Muslim. 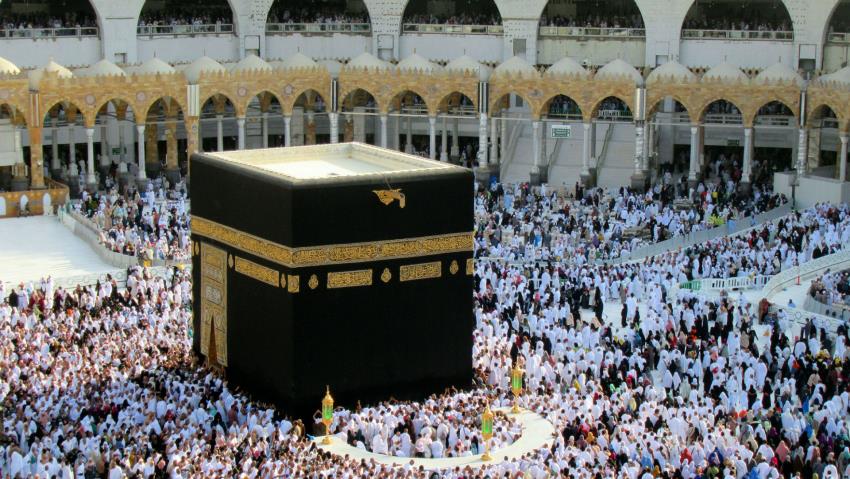 Millions coming from all over the world worship at the grand mosque in Mecca.

Pilgrims, all donning the same garment regardless of ethnic or social background, perform rites and rituals of deeply symbolic meaning, some of which were originated by Abraham himself and others which recall events from his as well as his wife, Hager, and son, Ishmael’s lives.

It is also a time of supplication, personal prayers and penance. The Prophet Muhammad said:

“Whoever performs Hajj for the sake of God and does not utter any obscene speech or do any evil deed, will go back (free of sin) as his mother bore him.”

Hajj symbolizes the oneness of human beings before God and the unity of the vast Muslim peoples of the Earth. It must be performed at least once in a lifetime, if a believer is physically and financially able to.

The pilgrimage begins on the 8th day of DhulHijjah (the last month of the Islamic lunar calendar) and ends on the 13th of the same month. The three days following the end of Hajj are a festival (eid) called Eid al-Adhah.

An account of the pilgrimage by civil rights activist, Malcolm X, conveys how moving and uplifting the experience can be:

“…For the past week, I have been utterly speechless and spellbound by the graciousness I see displayed all around me by people of all colors.”

“I have been blessed to visit the Holy City of Mecca, I have made my seven circuits around the Ka’ba, led by a young Mutawaf named Muhammad, I drank water from the well of the ZamZam. I ran seven times back and forth between the hills of Mt. Al-Safa and Al Marwah. I have prayed in the ancient city of Mina, and I have prayed on Mt. Arafat.”

“There were tens of thousands of pilgrims, from all over the world. They were of all colors, from blue-eyed blondes to black-skinned Africans. But we were all participating in the same ritual, displaying a spirit of unity and brotherhood that my experiences in America had led me to believe never could exist between the white and non-white.”

“… I have never before seen sincere and true brotherhood practiced by all colors together, irrespective of their color.”

“You may be shocked by these words coming from me. But on this pilgrimage, what I have seen, and experienced, has forced me to rearrange much of my thought-patterns previously held, and to toss aside some of my previous conclusions.”

“During the past eleven days here in the Muslim world, I have eaten from the same plate, drunk from the same glass, and slept on the same rug – while praying to the same God – with fellow Muslims, whose eyes were the bluest of blue, whose hair was the blondest of blond, and whose skin was the whitest of white. And in the words and in the deeds of the white Muslims, I felt the same sincerity that I felt among the black African Muslims of Nigeria, Sudan and Ghana.”